Create an Account - Increase your productivity, customize your experience, and engage in information you care about.

INDOT Closures Of State Road 2 South Of US Highway 30 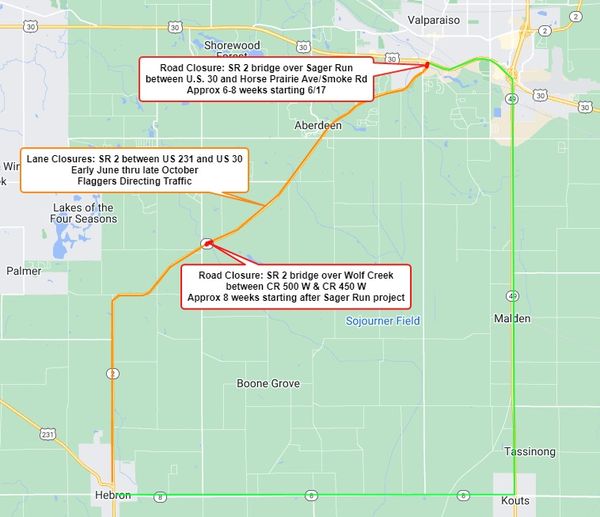 The Indiana Department of Transportation has announced road closures for State Road 2 for several projects between U.S. 30 and U.S. 231 beginning on or after Monday, April 4 through late October.

Motorists should seek an alternate route while these projects are ongoing through late October. The official detour will follow State Road 8, State Road 49 and U.S. 30.

Please note that these are projects of the Indiana Department of Transportation, NOT the Porter County Highway Department. If you have questions or concerns, please contact INDOT Customer Service.

Motorists in Northwest Indiana can monitor road closures, road conditions, and traffic alerts any time via: